Expanding the Life of Your Goldfish

Home / General / Fish / Expanding the Life of Your Goldfish 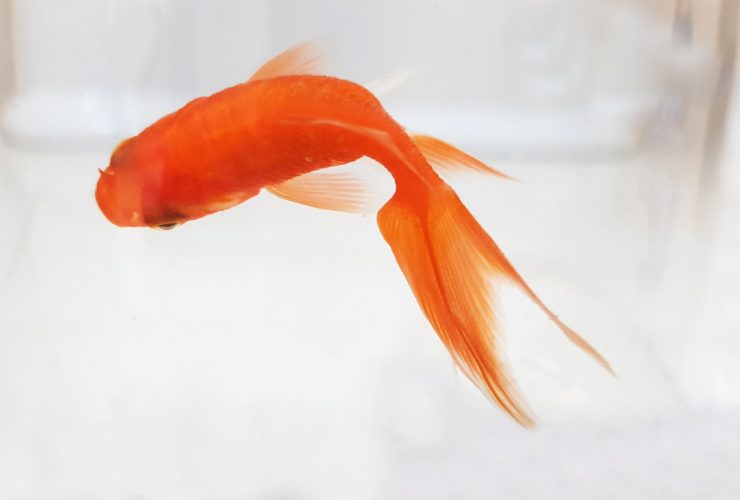 We have all seen them, whether it was an aquarium, a dentist’s offices or even the carnival: the common goldfish. Though these fish are associated with small fishbowls and living only a handful of months, the common goldfish can actually live up to 10 to 25 years if taken care of properly.

That’s right, I said years. What a lot of goldfish owners don’t realize is that stress and hygiene are the biggest factors in a goldfish’s mortality, meaning those little fishbowls and poor diet are instant killers.

To get your goldfish to live longer than the next few months, make sure you follow these tips on expanding your goldfish’s life.

Get a Bigger – and Prettier – Tank

Like I said earlier, those little fishbowls are actually quite lethal for goldfish – actually, for any fish. They need space to move around, and little fishbowls only stunt the fish’s growth.

The bigger the fish tank, the better. A typical rule of thumb is 20 gallons for one fish and another 10 gallons for every additional fish. Since goldfish work better in pairs, you should aim for about a 30-gallon tank. A tank with a large surface area helps increase the amount of oxygen that comes in contact with the surface of the water, so a wider tank is better than a taller tank.

Goldfish need mental stimulation. Decorate the tank with colorful gravel, plants, a sunken ship, anything that will make the goldfish curious or provide an excellent hiding spot. Make sure the decorations don’t have sharp edges, though. 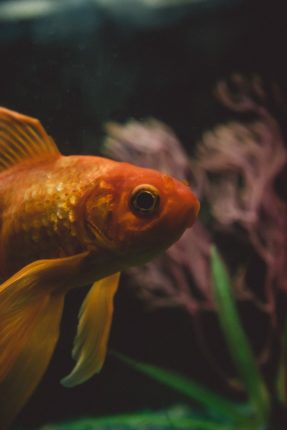 Before your little watery friend comes home, have the fish tank ready – at least two weeks in advance. This means the tank is set up and there is water in the tank. Having a prepared fish tank builds up bacteria to break down the fish’s waste.

Clean the fish tank once every two weeks, but more is better; the fastest way to kill a goldfish is a filthy tank. Buy a filter to help clean the tank in between cleanings. Real plants can absorb some of the ammonia and nitrogen that come from the fish’s waste.

Do partial water changes rather than taking the fish out and doing the whole tank. Partial changes stress the fish out less. Make sure the new water is the same temperature as the water in the tank. If you can’t get to the bottom of the tank, buy a water vacuum to remove the dirt.

Another huge kill factor is poor diet. Feed your goldfish only once or twice a day with food that is made for goldfish; don’t use general fish food, as it could not be good for the goldfish. Make sure you feed the fish enough that it is done after a few minutes. If there is any leftover food, clean it out of the tank immediately. Most goldfish will overeat, which can hurt the fish.

The tank’s temperature is also crucial. Most goldfish like the water to be between 60 degrees and 72 degrees Fahrenheit.

The pH levels of the tank should be checked once a week to make sure the fish is in healthy water. The pH level can be between 6.5 and 8.25, though 7 to 7.25 is a nice medium.