How to Tell the Difference Between a Frog and a Toad 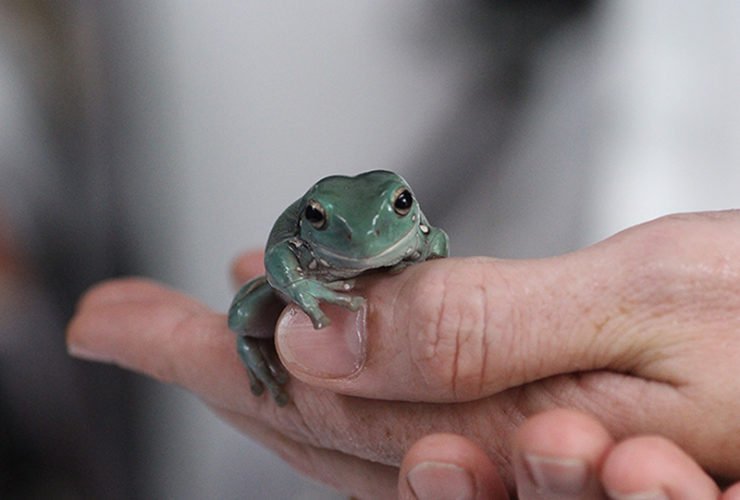 It’s pretty easy to confuse a frog and a toad; toads are actually a type of frog, which explains why they look so similar. Both are amphibians, both are found on every continent excluding Antarctica and both are more active at night. Also, neither will give you warts – that was just a myth.
However, there are subtle differences between the two. If you know what to look for, you can easily learn how to tell a frog and a toad apart.

Habitat for Frogs and Toads

The first main difference between the two is the habitat. Frogs typically live in or near water, such as lakes and streams. Toads are on land more, as their skin is waterproof. They can be found in gardens, yards, fields, and forests.

Frogs usually have round eyes that bulge out of their heads. They also have longer tongues than toads. Toads have football-shapes eyes that do not bulge.
When it comes to noses, frogs have more pointed ones, while toads have broader noses. 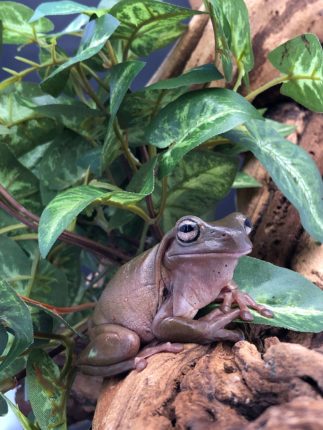 An easy distinguishing factor between the two is the skin: Frogs have moist, slimy skin, and toads have dry, bumpy skin. Toads can also have a parotid gland that can produce poison.
Frogs have narrow, lithe bodies and long, powerful legs that help with hopping. They can jump higher and farther. Toads have squat, wide bodies and shorter, weaker legs that let them crawl or walk on the ground. Frogs usually have webbed feet, and toads don’t.

Even though they both lay their eggs in shallow water, the patterns of the eggs are different. Frog eggs are usually in clusters, and toad eggs are in long chains.
Frog tadpoles are slimmer, much like their adult counterparts, and look like they are covered in golden flecks. Toad tadpoles are chunkier and plain black.