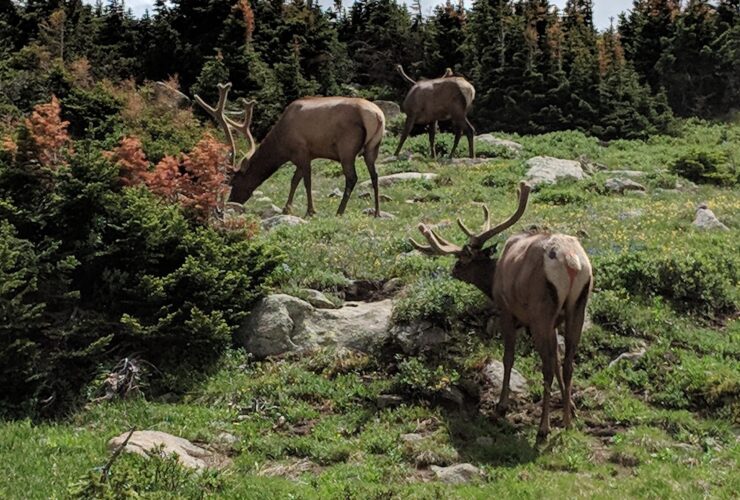 Have you ever wondered why penguins live in Antarctica, and not on the northern ice cap? Have you ever been curious as to why parrots live in tropical rainforests and not in temperate forests? These questions can be easily be answered with a simple word: biomes. It’s all about biomes- and they’re everywhere. Every plant and animal belongs to one and they fluctuate and change locations as climates shift. So, let’s start with the basics.

What is a Biome?

A biome is a large, naturally occurring community of flora and fauna that have adapted to reside in a major habitat. These five major habitats include aquatic, desert, forest, grassland, and tundra. These major classifications can be further divided into more specific sub-categories.

Aquatic biomes are flora and fauna that have adapted to watery habitats like lakes, streams, and oceans. They can include fish, mammals capable of holding their breath for long periods of time, algae, barnacles, kelp, coral reefs, and more.

Freshwater habitats like freshwater lakes, ponds, rivers, streams, and wetlands. The plants in these areas have had to adapt to form hearty or large roots (if they live in streams), and to thrive in a watery habitat. Additionally, the fish and crustaceans that live in freshwater have adapted in a way that allows them to breathe freshwater, and rely on freshwater prey and plants to survive. This list includes but is not limited to:
Flora
Algae, cattails, flowering rush, bulrushes, moss, water lilies, duckweed, cranberries
Fuana
Snapping turtles, platypus, bull sharks, trout, minnows, goldfish, koi, betta fish, crayfish, shrimp, some types of lobster, select species of crab, beetles, water striders, dragonflies, mayflies

Marine habitats contain a community of plants and animals that have adapted to saltwater. All of Earth’s oceans contain the marine biome. As 70% of the planet is covered in water, the marine sub-biome is the largest on the planet. The marine biome thrives in saltwater lakes, inlets, and oceans. The presence of certain animals and plants within the marine biome can fluctuate depending on water depth and water temperature. For example, one wouldn’t find a narwhal off the coast of Panama or an angler fish in the shallows of Seychelles. These animals have adapted to the zones in which they live The marine biome includes (but is not limited to):
Flora
Kelp, seaweed, plankton, barnacles, coral, penicillus, saltwater algae, green feather, dead man’s fingers, mermaid’s wine-glass, leafy flat-blade, halimeda, papyrus print, rophodyta

Desert habitats cover about a fifth of the Earth’s surface and have a top layer of soil that can be either gravelly, sandy, or stony. The plants and animals that live in desert environments are masters of water conservation and have had to adapt to dry conditions with extreme temperatures in the transition from day to night. For example, cacti have adapted long, thick stems in which to conserve water, and spines to protect said water from thirsty animals. Animals have either found ways to adapt to the heat, or become nocturnal or sub-terranean dwelling to avoid the sun’s devastating heat. Desert environments are separated further into arid, semi-arid, coastal, and cold deserts.
Flora
Cacti, Joshua tree, Succulents, Agave, Certain wildflowers including the California Poppy, the Winecup and the Desert Marigold, Certain hearty shrubs including ocotillo, indigo bush, and Mexican threadgrass

Forest habitats are land-based environments dominated by trees and other woody plants. Forests cover about one-third of the Earth’s landmass, but the biomes are radically different depending on the forest’s latitude and amount of rainfall. Depending on which sub-region the forest biome in question is discussing, plants in forested regions with high amounts of rainfall will be more water-resistant, and those without will learn to conserve water for long amounts of time. Plants in seasonal forests will drop their leaves and go into hibernation during the autumn and winter months, while animals will either migrate to warmer climes or hibernate for the winter.

Tropical rainforests have some of the highest levels of biodiversity on the planet and falls between 23.5 degrees North and 23.5 degrees South. Typically, these rainforests have two seasons: rainy and dry and a constant temperature that stays between 68-77 degrees Fahrenheit all year round. This sub-biome includes:

Tropical dry forests have a very short rainy season and long periods of hot and dry weather. This type of environment can be found in Australia as well as Central and South America, the Caribbean, India, Mexico, Africa, and Madagascar. The plants and animals in the tropical dry forest biome have had to adapt to the long hot and dry season by conserving water and adapting to stay cool. The flora and fuana in this biome include:

This particular biome consists of an environment with hot and dry summers, and mild, rainy winters. Typically, the woodlands and shrubland environment is composed of oak trees, woody shrubs, and grasses. With moderate and year-round precipitation, the plants and animals don’t need to adapt to water shortages but did develop adaptions to deal with the changing temperatures. This biome includes:

Temperate deciduous forests have four distinct seasons, spring, summer, fall, and winter. Commonly located between tropical and boreal biomes, this one comprises of a fourth of Earth’s landmass, and is the second-largest forest sub-biome. Animals and plants belonging to this biome go dormant through the winter months and come back to life in the spring.
Flora
Lichen, moss, ferns, wildflowers, maple, oak, birch, magnolia, sweetgum, beech, spruce, fir, pine

Earth’s largest terrestrial biome resides in the boreal forest environment. Also referred to by “taiga”, boreal forests call Canada and Russia home. Predominantly consisting of coniferous trees, these forests do have a presence of deciduous trees interspersed throughout. This environment can expect chilly climes and low amounts of sunlight year-round, with a seasonal temperature fluctuation of between −4 °F to 64 °F. Permafrost exists in boreal forests, meaning that roots are often shallow