The Top 10 Best Snake Pets to Own

Home / General / The Top 10 Best Snake Pets to Own 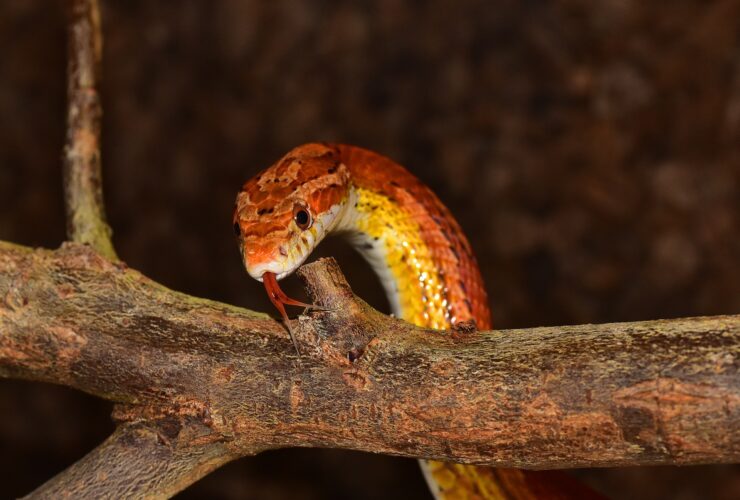 Contrary to popular belief, snakes can make some of the best pets, particularly if you like unique, fascinating creatures. People wanting a long-term commitment with a pet often go for snakes, as they can live up to 20 years. With over 3,600 species, finding the best snake pet can be difficult – until now.

Whether it’s your first time owning a snake or your 100th, these are the top 10 best snake pets to own. These popular snakes are low maintenance, easy to care for and make can great pets for anyone.

Please keep in mind that all snakes have unique requirements, including a constant heat source, so unless you are prepared to meet those needs, a snake might not be best for you. For example, all snakes are carnivorous, meaning they eat meat. If you are squeamish about the idea of feeding your snake mice, it might not be the best fit for you and the snake.

Also, when choosing a snake pet, if possible, buy it from a reputable breeder or pet store. Wild-caught snakes can be more difficult to handle and are often prone to parasites and diseases.

The first pet snake on our list is the children’s python. Native to Australia, this nocturnal snake was named after scientist John George Children. The children’s python is known for its small to medium size (two to four feet), slender body and tame personality.

Though the children’s python is not the most colorful snake, it is one of the most basic snakes that have little care requirements. These snakes love climbing and exploring, and they also like relaxing in hiding spots and plants. Children’s pythons can live up to 30 years.

Like the children’s python, carpet pythons are native to Australia, but that is where the comparison stops. These pythons come in a variety of colors, patterns and sizes; some get up to 12 feet in length.

Though this snake is a bit nippy when it’s young, it can grow into a tolerant, tame adult. The carpet python loves hanging out on trees and on limbs. Carpet pythons can live up to 20 years.

Our next snake is the gopher snake, which is often seen in western North America. There are nine subspecies, including the bull snake. These hardy snakes come in a variety of colors, and they can grow to about three to six feet in length.

Gopher snakes can sometimes be confused with rattlesnakes, as they can shake their tails when threatened, but these non-venomous snakes don’t have fangs. They love to bask in the sun, so provide a basking lamp. Gopher snakes can live up to 20 years.

Another example of the best snake pets is the milk snake, which is a different species from the king snake. Native to the U.S. and Mexico, this snake has rings of red, orange, yellow, white and black, which sometimes gets them confused with the venomous coral snake. Like the gopher snake, though, milk snakes are non-venomous and are actually praised for their docile temperament.

Milk snakes have long, slender bodies and can range from one to six feet in length, making them a smaller snake to consider. Please note that milk snakes can eat each other, so try to keep them separated. Milk snakes can live up to 20 years.

As one of the most common snakes in the U.S. with dozens of subspecies, a garter snake is a great option. Though they are often found in the wild, these snakes are amazing in captivity and have tame, docile temperaments. Garter snakes are often skinny and small in size, reaching about two to four feet in length. They come in a variety of colors.

What makes this snake so special is its unique diet; they like to eat small fish and worms, as well as rodents and amphibians. Another great detail about the garter snake is that it is active during the day. Garter snakes can live up to 10 years.

Rosy boas are easily one of the more beautiful snakes on this list; they come in brown, white or rosy pink colors. What makes this snake so popular is its tame, calm, docile attitude. They rarely bite, are easy to care for and have basic care requirements.

Native to the western U.S. and Mexico, rosy boas are small to medium in size; a fully-grown snake can get up to about four feet in length. Rosy boas can live up to 25 years.

Our next popular snake is the Western hognose snake. What makes this snake so identifiable is its upturned nose, which is used for burrowing, so provide several inches of substrate. Native to North America, Western hognose snakes are one of the smaller options on this list; they can get up to four or five feet in length. They also come in a variety of colors and patterns.

Western hognose snakes are also noted for their sassy attitudes; when threatened, they can flatten their heads like a cobra and hiss, or they will even play dead. Don’t worry, though – this snake rarely bites and is often friendly and easy to handle.

Our third pick for best snake pets is the ball python. The name comes from the way these shy snakes curl up into a ball and hide when intimidated. Because of their docile, calm nature, be prepared to spend a lot of time building trust with your ball python.

Native to west and central Africa, these nocturnal snakes require some humidity. Ball pythons are so popular because they come in over 500 different colors and patterns. Most reach a maximum length of five feet, but they can get thick over time. Ball pythons can live up to 30 years.

Please note that ball pythons are noted for their dietary pickiness; they like their food freshly killed or thawed. They also sometimes suddenly stop eating.

California kingsnakes are mostly known as escape artists; their cages need escape-proof openings. Other than that, they are easy to handle and have basic care requirements.

One number one choice for the best snake pet is the corn snake. Of the bunch, corn snakes are considered the most docile and gentle. They are also known for being easy to handle and easy to feed. They are nocturnal and love to burrow.

Native to North America, corn snakes mostly come in red, orange, yellow or brown colors. They can grow up to six feet, and they can live up to 25 years.

No matter which snake you go with, most of these breeds are available at Allan’s Pet Center. Our friendly, knowledgeable staff can help answer any questions or concerns you may have about the best snake pets. We also provide all necessary snake equipment, including terrariums, snake food and more.

Stop by today to pick up your new scaly friend!