What are Bioactive Setups?

Home / General / What are Bioactive Setups?

By Allan's Pet Center 11May 0 Comment
What are Bioactive Setups?

Bioactive terrariums and vivariums, or terrariums with live plants, are enclosures for housing pet reptiles, amphibians, insects and more. They focus on a more natural approach to cage cleanliness by utilizing populations of different microorganisms and small invertebrates, which consume and break down your pet’s waste. This group of beneficial decomposers is known as a “cleanup crew.”

Your primary cleanup crew will consist of a variety of small invertebrates, while the secondary cleanup crew is comprised of beneficial microorganisms. They are made up of different fungi and bacteria that will further break down waste and debris.

Each has a special job in cleaning the cage, breaking down waste and preventing odors, which can reduce or sometimes even eliminate the need for cage cleaning.

Each species will perform better in a specific habitat. For example, a bioactive tropical habitats’ cleanup crew will have isopods, springtails and earthworms. On the other hand, a bioactive desert crew would consist mostly of beetles that can survive the higher temperatures and lower humidity.

Before adding the cleanup crew to your bioactive setup, temporarily remove your pet to prevent any unwanted feeding frenzy. Gently spread the cleanup crew around the enclosure and give them time to settle down and find a hiding spot before returning your pet.

At first, you will need to assist the crew in their cleaning duties until they build up their numbers. Remove any large pieces of waste. Sprinkle small amounts of food around the bioactive setup for the cleaning crew to find. This is especially beneficial in the beginning when you are growing your colony. Some favorite food items include fish food flakes, brewers yeast and bee pollen, though almost any food will work. 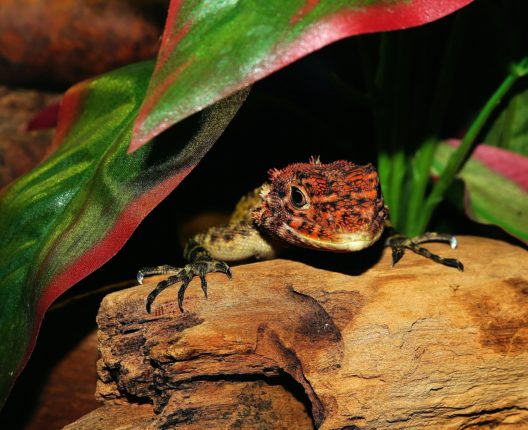 The proper substrate needs to provide places for the cleanup crew to live while still retaining moisture without becoming waterlogged. Substrate depth in a bioactive setup is about three to four inches, but you can go deeper to support a large microorganism population by providing plenty of surface area for beneficial bacteria and fungi to grow.

The drainage layer is the first layer and a significant part of the substrate. Drainage layers are generally used in enclosures that get regular spraying and have live plants; they are not necessary for desert enclosures. This layer will raise the substrate one to two inches off the floor and provide a space for excess water to drain out below the soil. This prevents the soil from becoming submerged in the excess water, which may promote harmful bacteria growth and rot the plants’ roots.

This layer will get a little soggy but should never be completely saturated with water. If it does fill with water, you should remove it with a siphon placed in one of the corners and reevaluate your watering routine.

Hydro balls are the preferred method for a simple drainage system. They are expanded by clay balls, which form the base layer. Their honeycomb center makes them lightweight and provides an internal surface area for beneficial bacteria to grow.

Plastic egg crate or light diffuser is made up of panels of plastic in the form of a square lattice. It’s easy to cut and tie together to make scaffolding. It can also create a false floor that will hold the substrate above any water. Typically, plastic egg crate or light diffuser is used in setups that contain larger amounts of water, such as ponds. You can also construct spaces to hide filters and pumps from view.

Gravel is the cheapest option but also the heaviest and least useful means of drainage. It forms large spaces for water to channel through, but it doesn’t provide the capillary action qualities that hydro balls will. Keep in mind that moving a setup with two inches of gravel can be tricky.

No matter which drainage layer you choose, you need to add a drainage mesh. Its function is to prevent the substrate from falling into the drainage layer and clogging up the spaces while still allowing water to pass through. Drainage mesh can be any thin, porous material, such as fish netting, plastic mesh or weed mesh.

The third layer will be the bulk of the substrate and is usually a mix of different bedding materials, each with its own benefits.

The bioactive substrate can be topped off with a final layer of leaves known as “leaf litter.” This allows the substrate to retain more moisture and provides nice hiding spots for the cleanup crew to hang out. It also looks more natural. 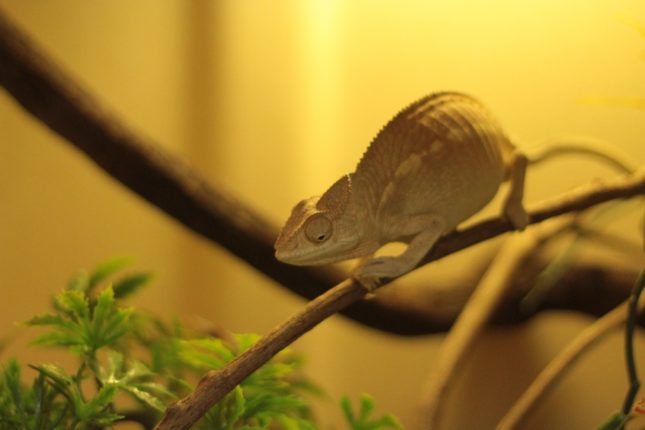 Natural decorations will provide plenty of cracks and crevices for the cleanup crew to hide from the main tank inhabitants. They will also make your bioactive setup more visually appealing.

Any natural decoration added to the bioactive setup should be rot-resistant. Appropriate woods that will work are Mopani, Malaysian driftwood, spider wood, Manzanita, cholla and cork bark.

Avoid using grape wood in a humid setup as it will quickly rot. It does work great in a dry environment.

Inert rocks also make a great choice. Any aquarium rock will work, but don’t use rocks or wood found outside.